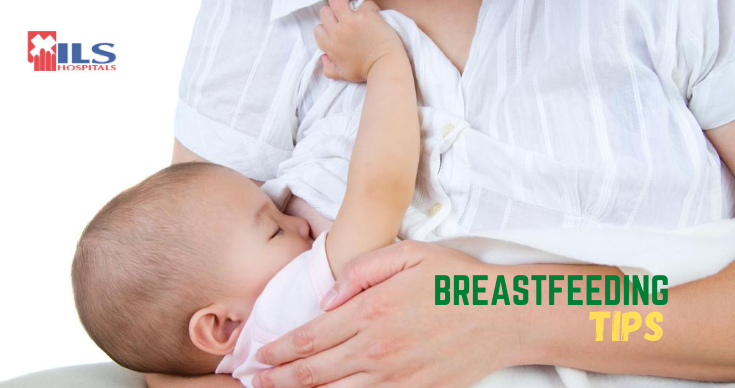 COVID-19 cases are increasing drastically and the vaccine is still not available to the masses. If you’re a COVID positive new mother then you have to take as many precautions as you can because you have to breastfeed your newborn baby.

(Get in touch with the best gynaecologist in Kolkata for clearing queries related to gynaecological health.)

According to WHO (World Health Organization), mothers can breastfeed their babies even if they have tested positive for COVID-19. We still don’t have enough evidence to point out that Coronavirus can be transmitted through breastmilk. As breastmilk is extremely important for the newborn baby’s health and development, we encourage all new mothers to breastfeed their little ones cautiously and by keeping note of the things mentioned below:

Wear a mask while breastfeeding

Never forget to wear a mask or cloth covering before breastfeeding your baby. Wear a proper face mask that covers your nose and mouth perfectly. You can also wear a face shield over your mask.

Wash your hands before and after holding your baby

Wash your hands right before and after holding your baby. Also, use a hand sanitizer once you’ve washed your hands with soap and water.

Use a breast pump

Do not let emotions drive you. Avoid touching and being in close contact with your baby while breastfeeding.

Take good care of yourself and we hope you defeat Corona soon. For any health-related supervision, visit ILS Hospitals, the best hospital in Kolkata and Agartala.

Polio is one of the most dreadful diseases that frightens parents more than any other disease. The main being the fact that polio is uncurable, the best strategy is the prevention of the same. Several children from all over the India, seek treatment for physical disability and paralysis (partial or total) in the best hospitals. Let’s understand it in brief along with its remedy.

Polio is a generalized term for poliomyelitis. It is caused by either of the three species of poliovirus. It enters the body through the mouth and multiply rapidly and reach the digestive system. It highly contagious as it can spread through oral, nasal secretion and also through contaminated fecal materials. In several cases, it does not show any symptoms of the same. But several times, it enters the bloodstream and damages the nerve cells eventually. This results in paralysis and early death as well, if proper treatment is not provided on time.

Polio is perhaps one of the oldest illness that can be found in the closet of the human history. It can be traced to as early as ancient Egypt, 1400 BC. It became an epidemic in the early 1900s and then began the hunt for its proper treatment. The anti-polio vaccine was developed using inactivated and weekend poliovirus. There are two kinds of vaccine and mode of its administration and they both are registered as WHO’s list of essential medicines.

IPV- The inactive poliovirus is administrated in the body through injection. It was first developed by Jonas Salk and it came into commercial use in the year 1955.

OPV- the weekend poliovirus is administrated in the body through oral dosage. It was first developed by Albert Sabin came into commercial use in the year 1961.

As per the guideline of WHO (World Health Organization), every child of age 5 years or less, is supposed to be given poliovirus. The polio vaccine is extremely effective and has successfully agitated polio from the most of the world population. If considered statistically, the number of cases registered for polio has reduced from 350000 to just 37 in the past three decades.

On this World Polio Day on 24th October, we encourage every parent and guardians to get their infants the adequate dosage of polio. Also, we pay our respects to all the doctors and researchers who worked hard to invent and modify the polio vaccine and healthcare facilities, government and Nonprofit institute’s initiatives which, made it possible for every child on the planet to get the dosage of the same.